The Minnesota Super Series AAA Hockey Tournament is an end-of-the-season showcase for the best and brightest young hockey talent Minnesota has to offer.  Now in its twenty-ninth season, SuperSeries participants from the North, South, East, and West regions of Minnesota are invited to play based on their hockey skills and scholastic accomplishments.  These regional teams are led by experienced coaches who have selected their players based on personal scouting and regular season coaches’ referrals.

This year the Super Series has team levels of Minor Mites, Major Mites, Minor Squirts, Major Squirts, Minor Peewees, U8 Girls, U9 Girls, U10 Girls, and U11 Girls. The total number of teams participating in the 2023 Super Series is thirty six! That means 612 of our best Minnesota youth hockey players will participate in this tournament!
The format for the Super Series is round robin, and all players will receive participation awards.  Those players who have distinguished themselves as academic achievers this year will receive an "Academic All-Star" helmet sticker.
The Minnesota Super Series is a non-profit organization dedicated to providing this year-end tournament opportunity to highly skilled youth hockey players from all over Minnesota and the Upper Midwest. Proceeds from this tournament will go to benefit several different youth and non-profit organizations.  We thank our tournament sponsors and supporters, as well as our fans and players for their interest in, and enthusiasm for, this exciting event.
By providing this tournament for exceptional young hockey talent, the goal of the Super Series directors and organizers is to give these players a suitable showcase in a competitive environment.  We know the fans, parents and coaches attending will be favorably impressed by the talent, teamwork and effort of our young hockey players.  We believe the players will enjoy a high level competition, the camaraderie of their peers and the opportunity to renew old friendships while creating new ones.
Welcome, everyone, to the 29th Annual Minnesota Super Series!

Welcome to the Home of the Minnesota Super Series Tournament

The Minnesota Super Series AAA Hockey Tournament welcomes its new users to the SportsEngine platform. To create an account, login to the top left hand corner by selecting "create an account". 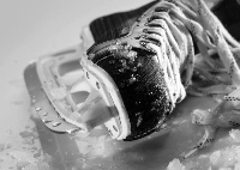